The present national school in Caherconlish is just over 70 years old. It was the fourth school building in the village since the early 1800s and replaced the previous school following an accidental fire in 1944.

The old school was smaller in size than the present one. It had a staff of four teachers at the time. There was no electricity in the school. Albert (Alfie) Fitzgibbon was the principal in 1944 and the remaining staff consisted of Jim Purcell, Mrs Hayes and Mrs Kelly. Mrs Ned Daly from the Square was the lady that looked after the daily cleaning of the school. It was a mixed boys and girls school though its design would suggest that at one time or another the boys and girls were separated.

The old school was built of stone and mortar with an open fire in each classroom and it had a stove in the hallway. It was a difficult building to heat and this necessitated large fires that had to be continually stoked. The practise of leaving the fires burn down after the midday break was common practice. Later, before going home, the fires would be prepared for the following days heating of the school.

A number of children attending the school had no footwear; some though wore large hobnailed boots. If they had footwear, it would be worn on the way to school and then taken of in order to spare the wearing down.  Children attending the school and travelling from the outlying districts would bring their lunch to school. Most of these children would have houses in the village to go to for lunch. Children were also charged with bringing in fuel like turf and sticks to the school to help heat the building.

The fire in the old school started sometime in the evening although it is generally accepted that it could have been smouldering for a period of time. Apparently, the fireplace at the Inch St Laurence side classroom being previously set for the following morning, started to light up and a spark from it went on to the wooden floor. This set in motion the fire which consumed the building.

The fire was massive, consuming the building within a few hours. Valiant efforts were made by people in the neighbourhood and by local farmers in trying to contain the fire, but all was to no avail. People, young and old fetched water in cans and buckets and any available milk tankards of water were drawn to try and quell the blaze.  Water ran out, the pumps ran dry and farmers were asked in the nearby area to draw water from their well. The building and its contents that included old Roll Records were completely destroyed.

On the following Sunday morning, Fr. Gilmartin, the local curate, announced off the altar at Inch St Laurence Church that classes were to be transferred to the church building that week.

Inch St Laurence Church became the temporary school for a period of two and a half years. It was connected to the village of Caherconlish by a mile and a half long footpath extending from Sadler’s Shop on High Street to the Church gate. The village children would make their way daily to the church by various means, most walking the distance but others travelled by horse and trap, ass and cart and a number of bicycles. It was not the most ideal location for a school but nevertheless the staff and pupils made the best of it.

After WWII ended the new school was started on the site of the old one. Crowley’s from Charleville were the builders. It took a long time to build the new school. Eventually, it was completed and was opened in 1947 to the great excitement of everyone in the village and the surrounding district.

The new school was an up to date modern building containing four class rooms. It is almost the same building as we have today but with a few changes. Kerosene burners in each room were used to provide heat and this was later replaced by the radiator system. The same teaching staff was the opening staff of the new school.

For a long number of years, the school carer was Mrs Moroney (RIP) of 4 High Street who had a tough job in keeping it tidy. The teaching staff of course changed over the intervening years.

Bernadette Piggott was the Junior and Senior infant’s teacher. Jim Purcell whose father was also a teacher in Caherconlish taught first and second classes.

Mrs M.Ahern taught third and fourth classes and the fifth and sixth classes were tutored by Mr Pat Barry (Principal).

Mr Barry moved on after a few years and was replaced by Mr. Art Cavanagh who retired after a long association with the school and was then replaced by Mr Sean Hogg.

In 1977 or thereabouts a general purpose room was added to the west end of the school. It was known as the GP room. That room was very much used by clubs and associations until a change for its community use came about in the 1990’s.

In 1980, the school was temporarily closed to make way for more improvements and additions with upgraded rooms etc put in place. During this period, the pupils moved to the balcony of Caherconlish Church and two prefabricated classrooms were constructed in the yard of the church.

The present school is the upgraded school of 1981. 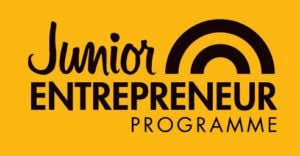 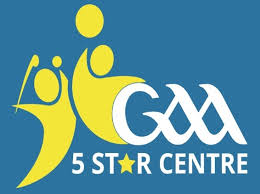